Business teacher Jane Melroy had five students complete all four of the certifications. The students who have received the title of Microsoft Office Master include sophomore Caleb Reece, juniors Michelle Ramirez, and Sara Carrington, and seniors Sydney Koirth and Justin Brown. 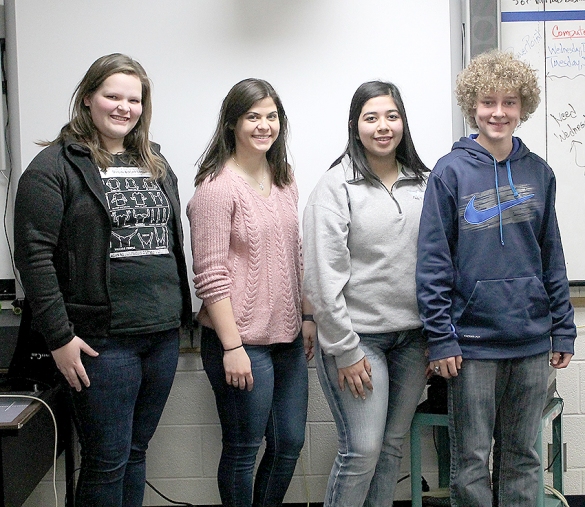 Work in the class was hard at times. You had to get a lot of work done by a deadline,” junior Sara Carrington said. “Sometimes I would have to stay after school to get the work completed.”

There were also four juniors who completed three of the four programs. These students were Cade Swonger, Kamron Welsch, Nik Montgomery and Mily Guerrero.

“The class is very beneficial because it can be used in a wide variety of occupations,” Carrington said. “My dad uses Microsoft Excel almost every day at his job in the hospital with health and infection control.”

The Microsoft applications that students are being certified in include Word, Excel, Powerpoint and Access. The students go through an extremely detailed  textbook to learn the ins and outs of the program they are studying.

“I don’t know much about computers and I wanted to learn more about their programs,” Reece said.

Other than wanting to learn more about computers, some other students had different reasons for taking the class.

“One of the reasons I took the class was so I could earn a credit towards college and high school,” Reece said.

The Computer Applications class is offered as a dual credit class through Pratt Community College, meaning when a student completes the class they receive credit at the high school and college level.

“I took the class because both Mrs. House and my father agreed that it would be beneficial later in life when applying for jobs,” Carrington said. see Microsoft pg. 3